4 Ways That Community Medical Providers Can Save Money in 2022

How to Keep Your Brain Young? 7 Proven Tips

Addiction: What Is It and Where Can I Find Help

Maria Lorenzhttps://ifitandhealthy.com
Join me on my "I Fit and Healthy" journey! Maria is an Upstate New Yorker interested in all things healthy-living related! She started the "I Fit and Healthy" Blog to document life and her pursuit of healthy living. By day she work in digital media and advertising. By night she’s a first-rate wife and mom of two crazy little girls! She is self-proclaimed addicted to her iPhone/iPad and always on the hunt for the latest health tools and fitness gadgets. 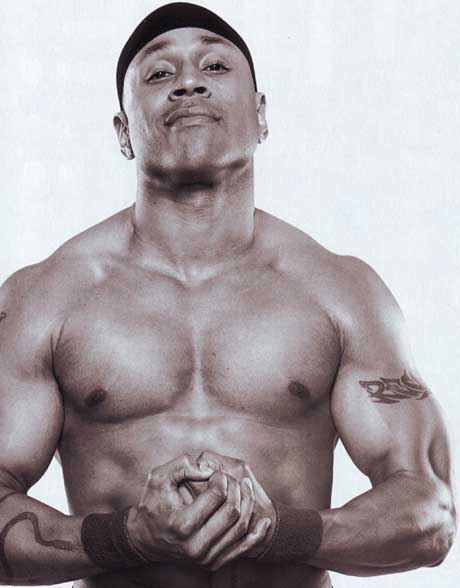 The Four Seasons Hotel in Beverly Hills is a planetarium; the stars are out, and their entourages revolve around them like planets, hoisting overstuffed luggage and outsized egos.

The rarest luminary among them may be one James Todd Smith, who’s here to do his own heavy lifting. LL Cool J, as he’s more commonly known, uses the hotel’s open-air gym upstairs.

LL’s personal trainer of nearly 5 years, Scooter Honig, is pushing his client through a 45-minute workout that’s as intense as it is relentless.

After supersets pairing pullups with incline bench presses, Honig orders LL straight to the treadmill, already revved to a speed that has the rapper at a full sprint. This workout, in which not 1 second is wasted, was born of necessity during concert tours.

The pair would hop off the bus in the middle of a desert for miles of roadwork on asphalt so cooked it felt like running in molten licorice, or scramble over the fence of a high-school football field to do wind sprints followed by pullups on a goalpost.

Their superefficient, use-what-you-have approach comes in handy during a time crunch, either his or yours. This particular morning, the 38-year-old rapper woke up in New York City at 4:30 a.m., flew 6 1/2 hours to L.A., and took two meetings before this workout.

Immediately afterward, he’ll head off to perform five songs on Jimmy Kimmel Live. His plane leaves at 8 a.m. tomorrow for his next tour stop, in Kansas City.

What was your excuse for not working out again?

“The harder we work in a shorter amount of time, the more calories we burn,” explains Honig. One day LL might run the free-weight racks. The next, Honig might have him do 10 rounds using the mitts, work the heavy bag for a killer total-body workout, or roll it all into a boxing circuit.

To get LL ripped for a CD cover or video shoot, Honig might put him through 2 weeks of 440s, 880s, 100-yard dashes, and hill climbs wearing a weighted vest. More often than not, though, the trainer mixes some or all of these into what he calls a “combination platter.”

Approaching his 39th birthday, LL has every right to slow down, rest on his laurels, count his money, perhaps even call it a career. He’s shifting gears, all right-into overdrive.

He just cut a new CD’s worth of tracks with 50 Cent as producer, he’s developing a CBS pilot with the creator of CSI, and he has a new book out with Honig as coauthor.

“Working out is a huge investment in yourself, and it builds equity in your body,” says LL. “It helps in all your decisions. It helps you negotiate. It clears your mind. It gives you strength to overcome obstacles. It’s a deep thing, you know?”

One of the reasons LL Cool J looks the way he does is that his trainer, Scooter Honig, combines old-school exercises like bench presses and curls with “cardio blasts” designed to produce maximum results in minimum time.

The beauty of this approach is that the added muscle and staggered cardio can make you a fat-burning pyromaniac-even while you sleep. The net result? One day you’ll wake up looking like an LL Cool J version of yourself, maybe.

Note: *Hold the fifth or sixth rep in the most difficult position for 5 seconds before continuing.

Before the workout, warm up for 5 to 10 minutes using a treadmill, a stationary bike, or some other cardio apparatus. Jumping jacks or running in place will also do the trick.

Do this circuit once a week for a month, replacing your normal chest and biceps sessions. Try upping your poundage and cardio intensity a bit week to week.

At the end of the month, go back to your normal training for chest and biceps and use circuits for another part of your body.

4 Ways That Community Medical Providers Can Save Money in 2022

How to Keep Your Brain Young? 7 Proven Tips

Addiction: What Is It and Where Can I Find Help

Reasons Why Power Towers Are Good To Build Muscles